Engineers' Club of Zanjan Province is located to the north of the city of Zanjan, on the way to Gavazang recreation zone. With an area of 4,985 m2 the proposed site is situated on the gentle hillside of Alborz mountain belt, facing the city. The project consists of a complex of cultural and recreational facilities (including sports halls, gallery, restaurant, etc) with a floor area of 4,600 m2 in 3 stories and 4,000 m2 of parking area in 2 stories.

The design of the Engineers' Club is based on 2 main axes: east-west axis follows the orientation of the development of the city. Among different elements, this development has been directed towards ancient Silk Road through the ages. On the other hand, the building avoids the hostile light and winds coming from west. The second axis is north-south axis which allows a view to the city with Zagros Mountains at its background in the south and Alborz Mountains in the north.

The site is located at the periphery of the village, the furthest point that construction is allowed. This location required an approach that could create a sense of safety for the inhabitants.

The center of the project where these two axes meet is lowered in order to show the viewer not a rigid form but an ensemble of arcs in combination with sky line in both south and north. On the other hand, this slight hollow in the middle of the project allows more interiors to have the advantage of natural light from the south. The light also permeates the northern side and prevents the accumulation of snow on this side. The design of the heart of the project is an attempt to reproduce the visual background of mountains and natural environment around the site. The general view to the project not only tries to be in harmony with the surrounding area, it also wants to be a reminder of Iranian architecture. Therefore the form of Muqarnas, as the best of such patterns, has been adopted.

The center of the project is accessible both from the surrounding area and interiors, making it possible for the people inside the building to conceive the general form of the center in combination with the landscape and the city. The rooftop terraces link the complex to the city and create an active urban area. 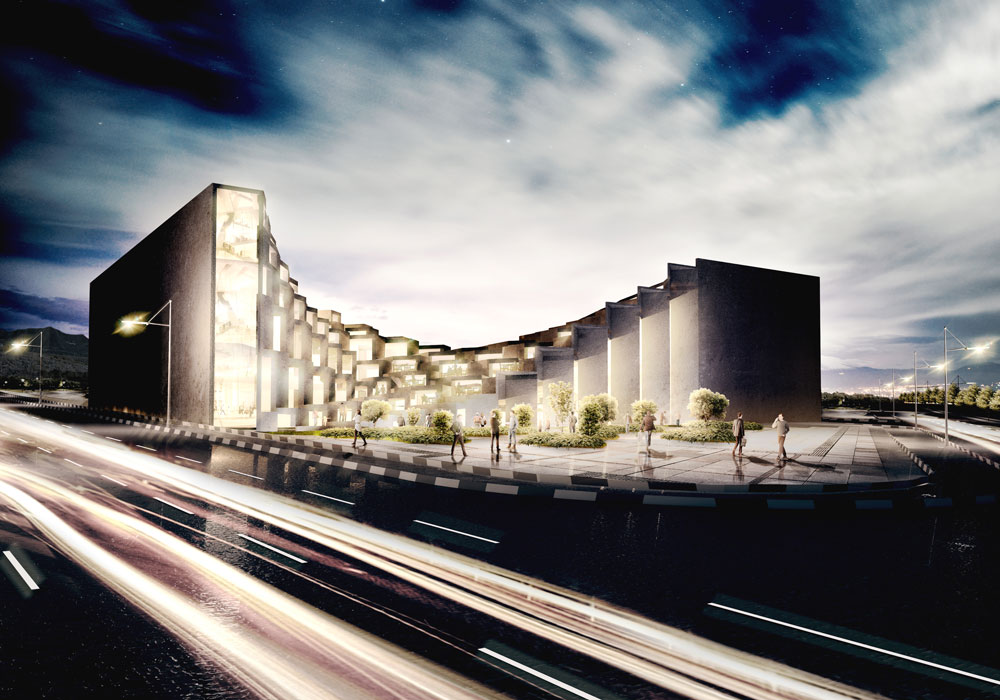 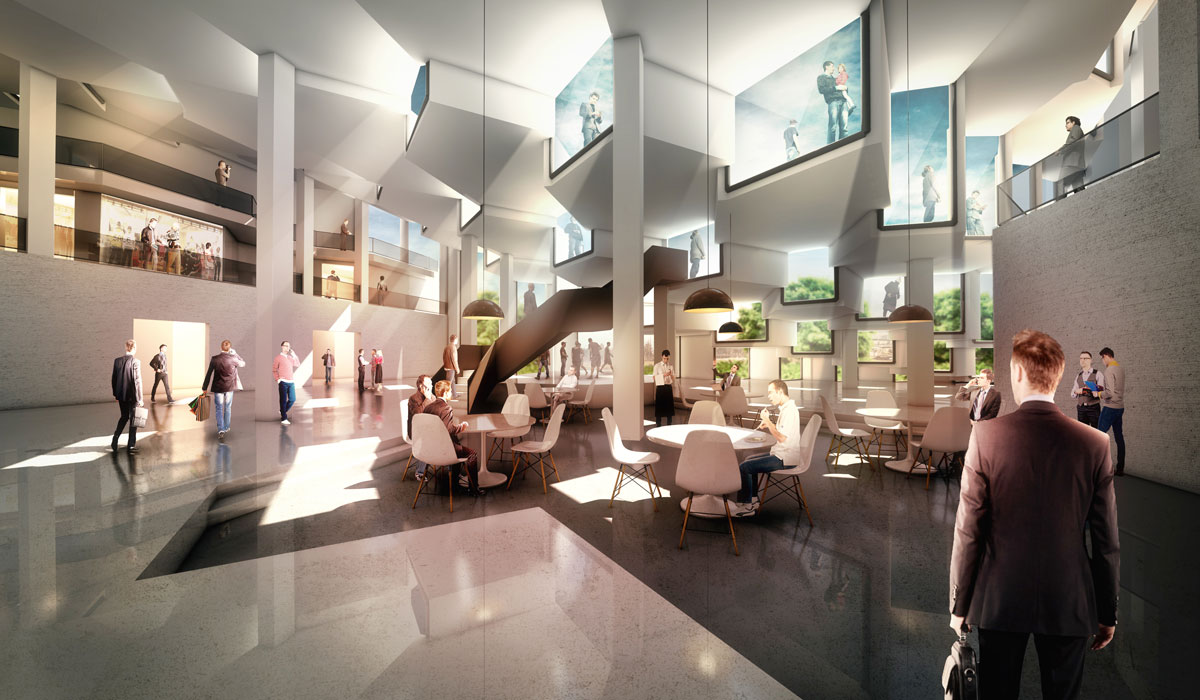 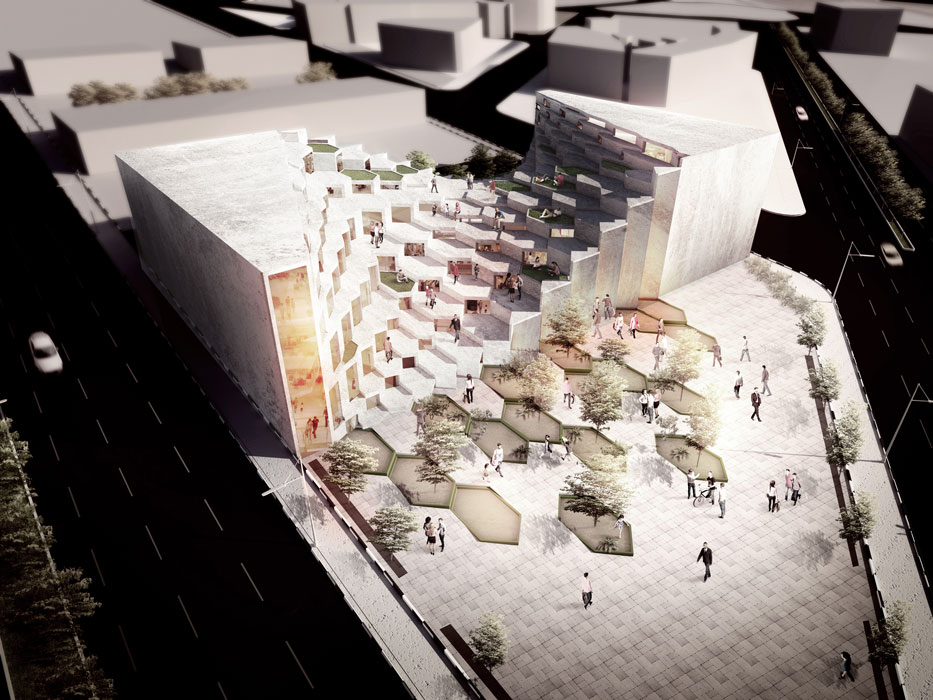 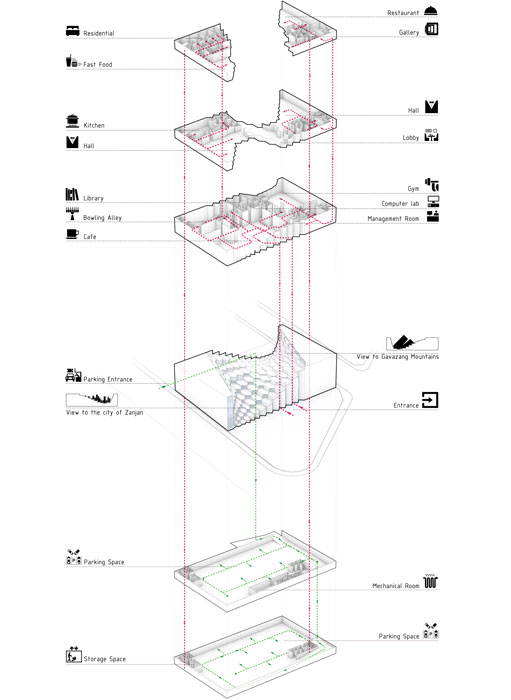 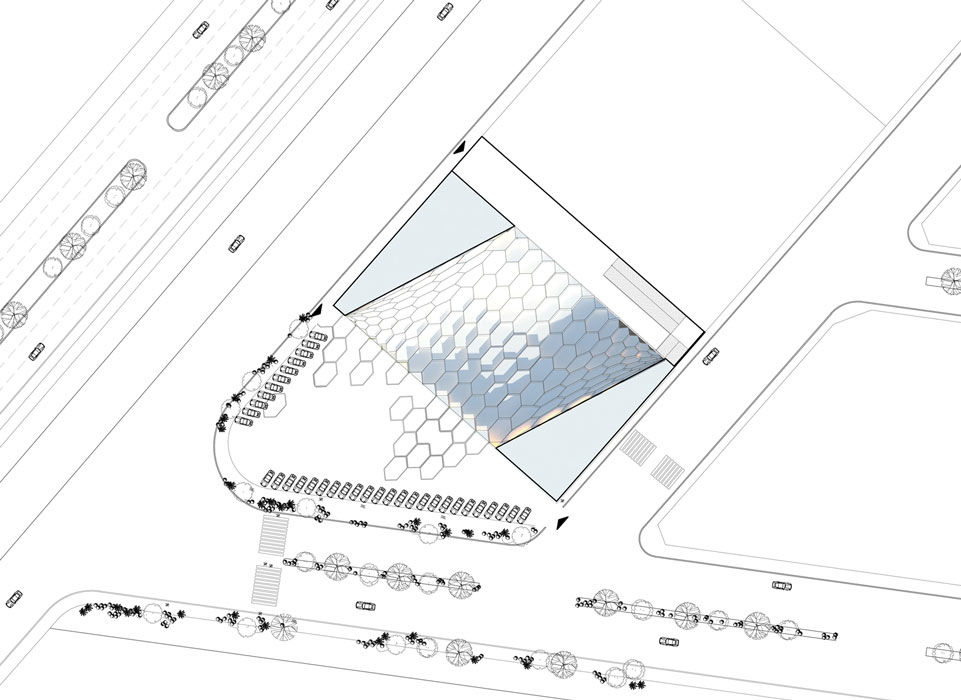 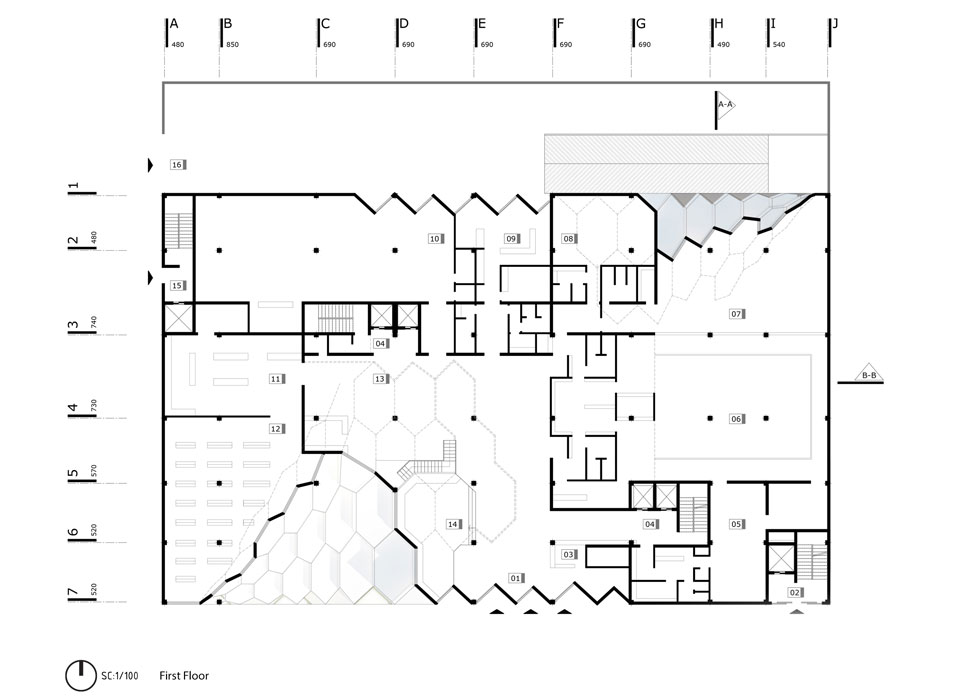 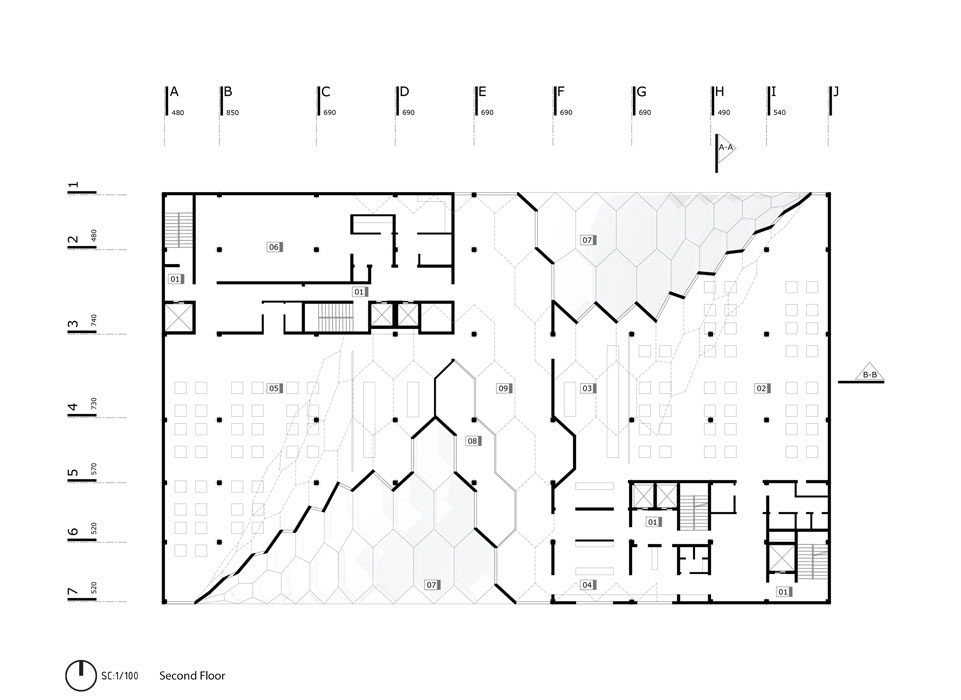 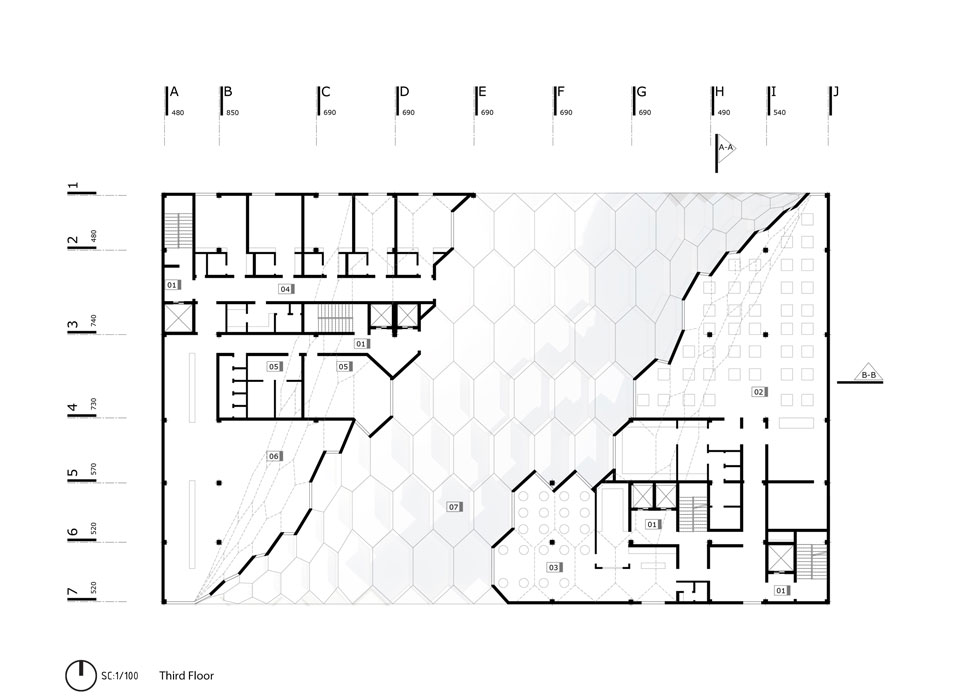 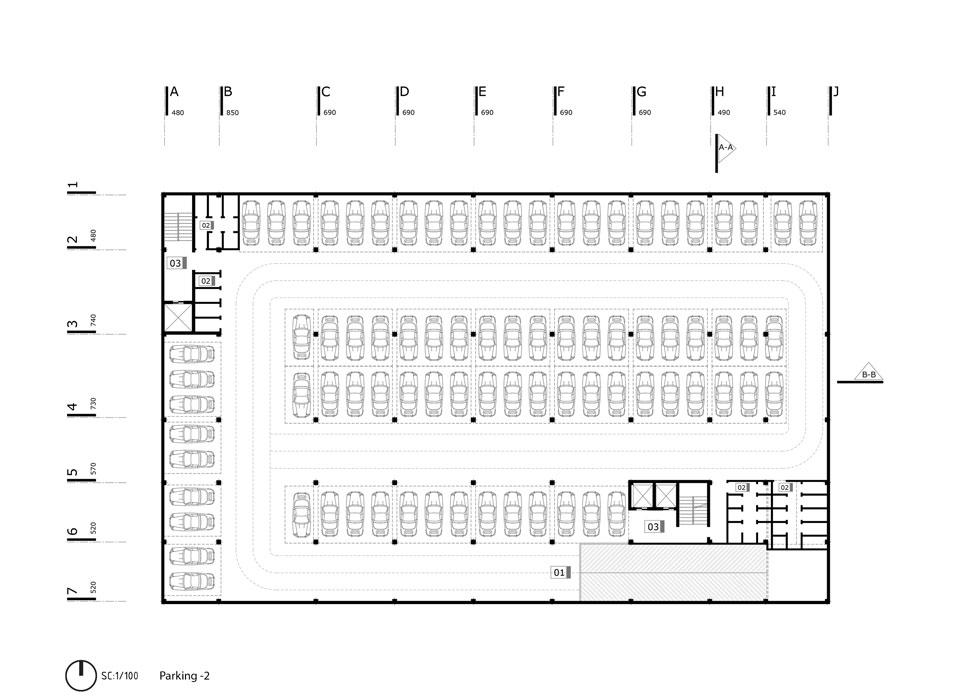